Was there REALLY an Old Gray Mare? 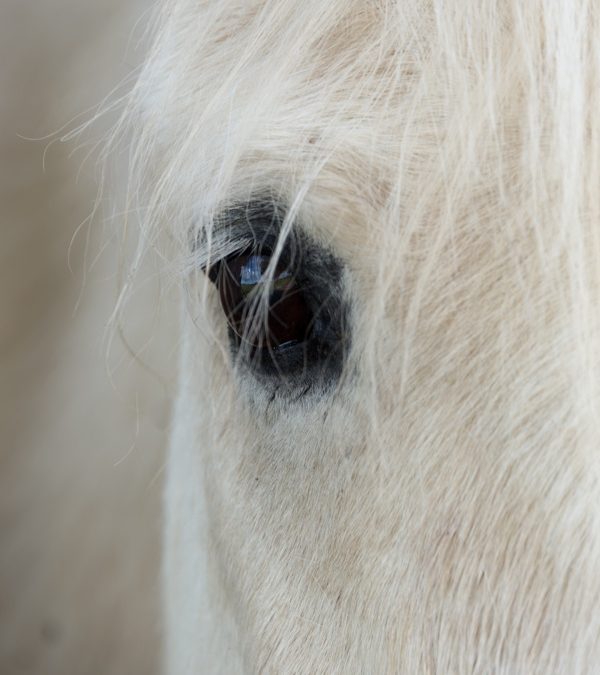 First of all, yes, there was a distinguished gray mare named Lady Suffolk.  She was a true champion Standardbred, who raced under saddle and to sulky in the 1840s.  In the early era of the “steppers,” that is, trotting horses, this gray mare gained fame as a top competitor. Here’s what I learned when researching this beautiful mare:

Lady Suffolk was originally the property of a Long Island liveryman.  She was foaled in 1833 at Smithtown on the farm of Carl S. Burr, Jr. Her sire was Engineer II, her dam Jenny. She was a great-granddaughter of Messenger, the foundation sire of the Standardbred.

David Bryan bought the filly, who was pulling an oyster cart, when she was four-years-old.   She ran her first race in Babylon in 1838, winning her first victory for a purse of $11.  She raced under saddle and won two out of three heats. During her career, she was held in high regard for her speed and stamina.  She pulled a heavy two-wheeled high sulky against the best trotters, traveling to and from most of her races pulling her own harness equipment.  During her racing career, she won 89 of 162 races and was second 56 times.

The term “Standardbred” was introduced in 1879 to distinguish those trotting horses who met a certain “standard” for the mile distance.   The time was 2 1/2 minutes.  Lady Suffolk’s fame was built on being the first trotter to finish a mile under saddle in under 2:30.  She swept under the wire in 2:26 in 1845, setting a world record at Beacon Course in Hoboken, New Jersey, becoming the first horse to trot a mile in under 2 1/2 minutes.  She was 12 years old when she set her record.

A campaigner for sixteen seasons, Lady Suffolk was considered the “Queen of the Turf” until her death in 1855 at age 22, in Bridgeport, VT.

Here’s the bad thing about actually doing research. The more you dig, the more questions you ask. In this case, by the time I was tired of looking things up, there weren’t good, clean answers to any of my questions about a supposed correlation between Lady Suffolk & the Old Gray Mare song. The result? I’m still not sure there should be a connection between the Lady and the Old Gray Mare / Whiffle Tree song. One thing I seriously doubt is that the song has anything to do with the late, great racehorse, Lady Suffolk.

The general documentation found is that the music is actually an old folk song. Published in 1915, it is considered a children’s tune and has been used to underscore the decline that comes with growing older. Popular perspective is that the song refers horses – and to women – that are past their prime.

The Old Gray Mare / Whiffletree Song, published in 1915, was released during the time of World War I, ragtime and Irving Berlin. Robert Maine, Richard A. Reublin, & Beverly Maine, of PARLOR SONGS, state that solid evidence exists to indicate Panella was not the creator of the song. They elaborate:

“According to A History of Popular Music in America (1948 by Sigmund Spaeth), the song actually has its origins in an 1858 song by J. Warner titled, Down in Alabam’. According to Spaeth, this song was the original version of what is now known as the Old Grey Mare. Its words dealt with an “old hoss” that “came tearin’ out de wilderness” and the tune is very nearly identical with what has become one of the world’s most familiar basic melodies. Other resources credit the final version of the melody we know today to Panella but the origins of the words are still shrouded in mystery … I think it just might be that Mr. Panella borrowed a tune from the past.”

Panella may not have composed the music, nor written the lyrics. Was he simply the first to write down a popular tune then  published it? Did he know the words that fit the tune but knew he couldn’t claim the lyrics as his own, so changed them to the go with old tune?  Questions with unknown answers.

Now, if you forget Panella, let’s consider the original melody & lyrics. If the history is accurate, you’re left with an “old hoss” that “came tearin’ out de wilderness” in 1858. That’s three years after Lady Suffolk’s death in Vermont. Makes you wonder about the identity of the “old hoss” in Alabama. The southern based lyrics probably don’t have anything to do with a famous gray mare who raced way up in the land of the Yankees.

Do the math, and you realize that Lady Suffolk died 60 years before the song was published. Since she raced for 16 years, starting at the age of 4, she raced until she was 20 years old. She died in 1855 and her last race was in 1853. Play with your calculator a little and you can see that Lady Suffolk was 22 years of age when she died, which is verified in most Lady Suffolk information bytes.

In the 1940’s, Mr. Panella was in his 60’s. Use your calculator again & that means he had to be born near the time of Lady Suffolk’s death in the late 1880’s. Now you have to ask the question: why would a composer, who played saxophone in the Pittsburgh Symphony Orchestra, publish a folk ditty based on a OLD & beloved New York sports legend, who died about the same time he was in diapers?

There’s the famous picture by Currier & Ives of Lady Suffolk racing Lady Moscow in Philadelphia at Hunting Park course in June of 1850. Remember our calculator? She had to be 17 years old for that race – and in the picture, she was winning. So I guess that in her older age, she was doing just fine!

1915 was also the beginning of the automobile revolution. While the caissons kept rolling along, horses were still widely used for transportation and hauling goods. And just like the inevitable demise of an old car, the reduced usefulness of a good horse as it aged was something to be lamented, especially after many years of steady service.

The lyrics of the song are interesting, in that they say that our old mare has “kicked on the whiffletree.” So what does that mean? First, you need to know that a whiffle tree is the wooden member that divides and attaches to the traces – one of the leather parts of the harness strapped onto the horse’s body – on either side of the horse. The whiffle, or whipple or singletree is then attached in the center of the cart, wagon or whatever is being pulled.

Depending on the vehicle, the whiffletree is usually positioned between the hock and upper thigh and is always well behind the harnessed horse. Typically, the whiffle tree cannot be kicked unless the horse REALLY wants to kick. A habitual kicker is considered a poor choice for a harness horse.  If a reliable horse started to kick, usually there was a good reason. Problems in carting arise from an overly heavy load, or a problem with the harness, or if a horse is being mishandled. In any case, if our steady old gray girl “kicked on the whiffle tree” and “she ain’t what she used to be” it was a pretty good indication that something was wrong. And it probably wasn’t the horse’s fault.

Panella’s original sheet music features an old horse with its ribs showing, one leg amputated & fitted with a peg leg, another leg injured, yet still hitched to a wagon. Despite her crossed eyes and sorry condition, the old gal is expected to perform for her smiling, chubby male driver perched in the driver’s seat. His hands are clenched, the reins are tightly pulled up, and he’s pushing her, despite her age & infirmaries, to keep working. What a visual statement !

It’s a mystery to me as to why folks in our generation have put two and two together and came up the idea that the Old Gray Mare song is about Lady Suffolk. While little is to be found about Lady Suffolk’s last years, accounts indicate that she was a strong competitor for the full duration of her racing career.

If you know anything about racing, you know that to continue to campaign an animal who is not a winner is a costly proposition. That she raced well into her latter teens & early twenties is a testament to her speed and stamina. Lady Suffolk was a champion who did not need to be lamented for being old. Her legacy is that instead of getting useless as she aged, she just got better with time.